Today I´m going to talk about 1929, a very important year when Sevilla celebrated the Iberoamerican Exposition. The city really needed it, after a long period of decadence due to the commercial exchange transfer to Cadiz. The event was a new rising for Sevilla, which changed a lot in the structural and artistic levels. In the last one a man was unforgettable: Aníbal González Álvarez-Ossorio (1875-1929).

He has been one of the best modern spanish architects ever and the main driving force of the andalusian regionalist style. This historic style has the goal to respect the old fashioned and classic styles (mudejar, renaissance, baroque), renovating and combining them. Thus, the regionalist buildings are lushly decorated with bare bricks, forge of iron, ceramic and plasterwork as the main materials.

Aníbal González was the chief architect of the Sevilla Iberoamerican Exposition of 1929, designing the majestic Plaza de España, his masterpiece and the most emblematic place of the event. As well as the Plaza de España, inside the María Luisa Park we will find other striking buildings made by Anibal, like the Pabellón Mudejar, inspired in the famous Reales Alcazares de Sevilla.

Another buildings designed by Aníbal González

He´s not only worked in the Exposition area, because he designed buildings all over the city. For example “The Conde de Ibarra house”, next to the popular “Barrio de Santa Cruz”; the “Luise´s Chapel”, on Trajano street; or the house he built for the nobel “Marqués de Villamarta”, in the middle of the Constitution Avenue.

Seville commemorated him at 2011, when a statue dedicated to the architect was placed in front of Plaza de España. He is represented staring at his main work with pride, the same we feel about his legacy.

Do you feel like discovering the secrets of Anibal´s masterpieces? We encourage you to join to, for example, our Triana neighborhood free tour, where you´ll get to know his legacy at that side of the river. And what about our Plaza de España free tour? In it, you´ll enjoy the magic of his top creation, as well as the famous Maria Luisa park. 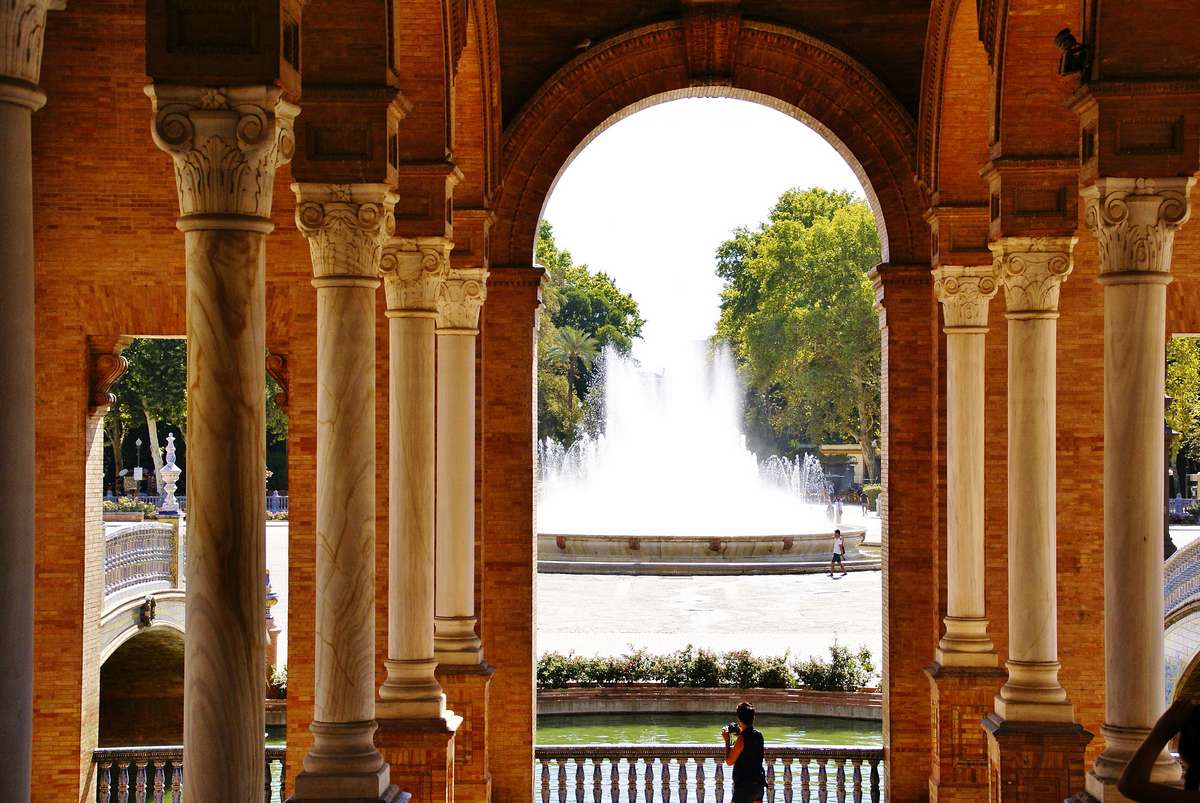 Plaza de España, The historic Seville, What to see in Seville